The exhibition „Parallel Biographies Serbia- Germany: Identity and Work“ is the result of an intercultural, social-artistic project. The project focuses on occupational identity.

By collecting the biographies of individual citizens (with the same profession) from the cities of Novi Sad and Berlin, the project „Parallel Biographies Serbia-Germany: Identity and Work“ gives a deeper insight into the existing similarities and differences in the lifestyles of the two multicultural cities and their heterogeneous social mosaic. The result is a collection of parallel portraits from Serbia and Germany as well as insightful interviews with people of the same profession in Berlin and Novi Sad.  The project was realized together with University of Novi Sad, the Technical University of Berlin (TU) as well as the support of the association mitOst e.V. and the Society of Friends of the TU Berlin.

Work and identity in Serbia and Germany

The project examines the social position of persons with profession profiles, their desires, hopes, expectations, personal and professional successes and failures as well as the influence of the choice of profession on their self-value and status in society. It also examines to which extent personal and professional decisions of the individual have been determined and influenced by politics, society and the immediate or wider environment. The idea of ​​“parallel biographies“ has been inspired by Plutarch and his work of the same name (orig. Bíoi parálleloi), in which the author has been comparing the lives of famous Greeks with those of famous Romans since the year 96 and thus created a picture of a complex identity.

The countries of Serbia and Germany belong to the same European culture, but at the same time they also show cultural differences, which is reflected in the professional life stories of the interviewed persons from both countries.

Artistic portraits of working people in Berlin and Novi Sad

The project was artistically accompanied and documented by the Berlin photographer Sandra Ratkovic. The photos contribute to the differentiated perception of the real way of life in the two countries (Serbia – Germany). The images add to the memory of civil society events and provide the interviewees with a place in the collective memory of both countries.

Sandra Ratkovic visited the interviewees at their places of work in Novi Sad and Berlin. This resulted in an insightful series of individual portraits. Working people from Serbia and Germany are shown. The central point of reference is their respective working environment and the position that our interviewees give to work in their lives. The subjects chose an object that was included in the picture and symbolically represents the specifics of each work. For Sandra Ratkovic it is important to show in the pictures both the individual personality of the person being portrayed and the symbolic context of the respective profession. The tension between individuality and stereotype is particularly interesting for her in her artistic work.

The project will be continued in 2020 in Qingdao (China), Ulan Bator (Mongolia), Irkutsk (Siberia), Yerewan (Armenia) and Kutaisi (Georgia). 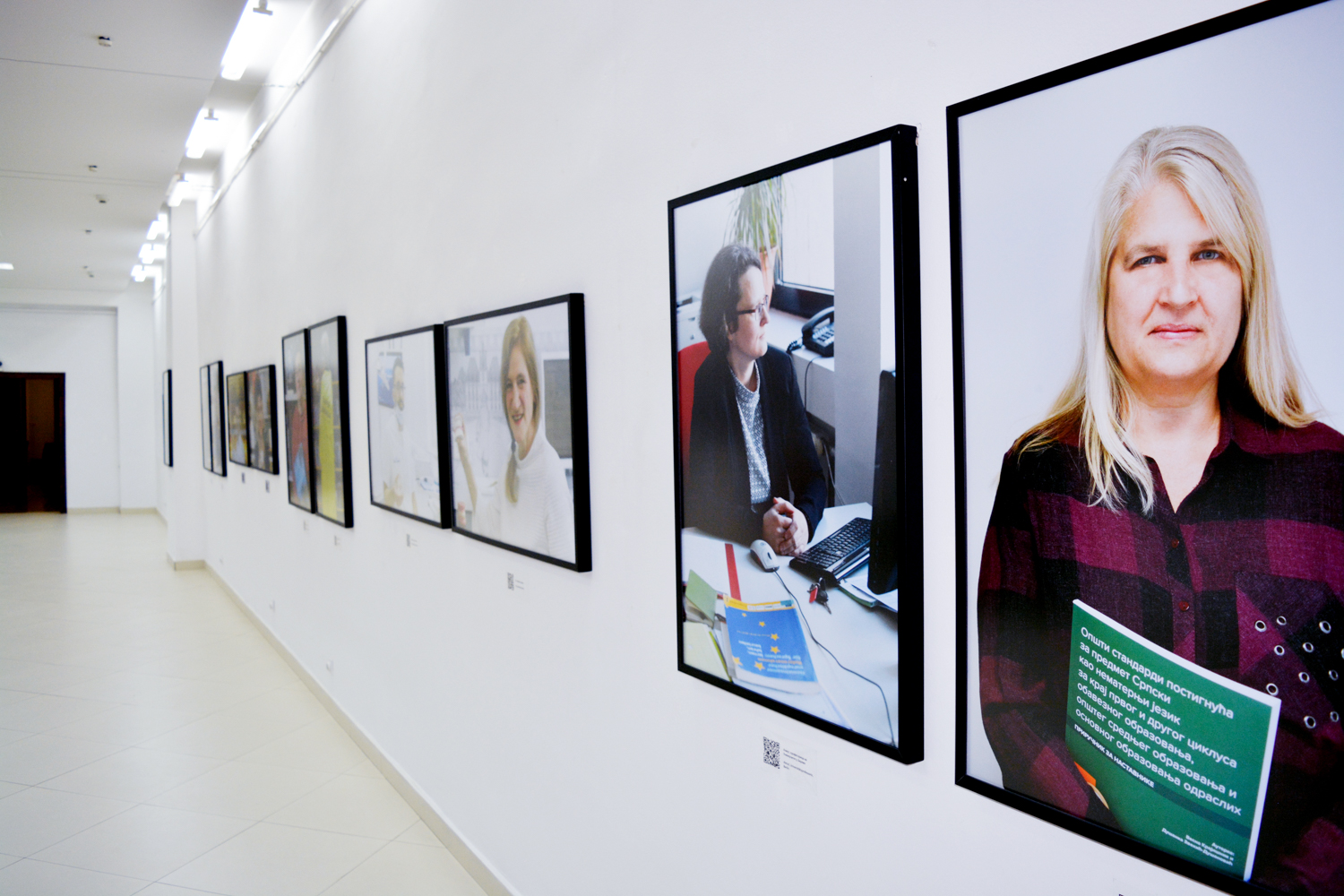 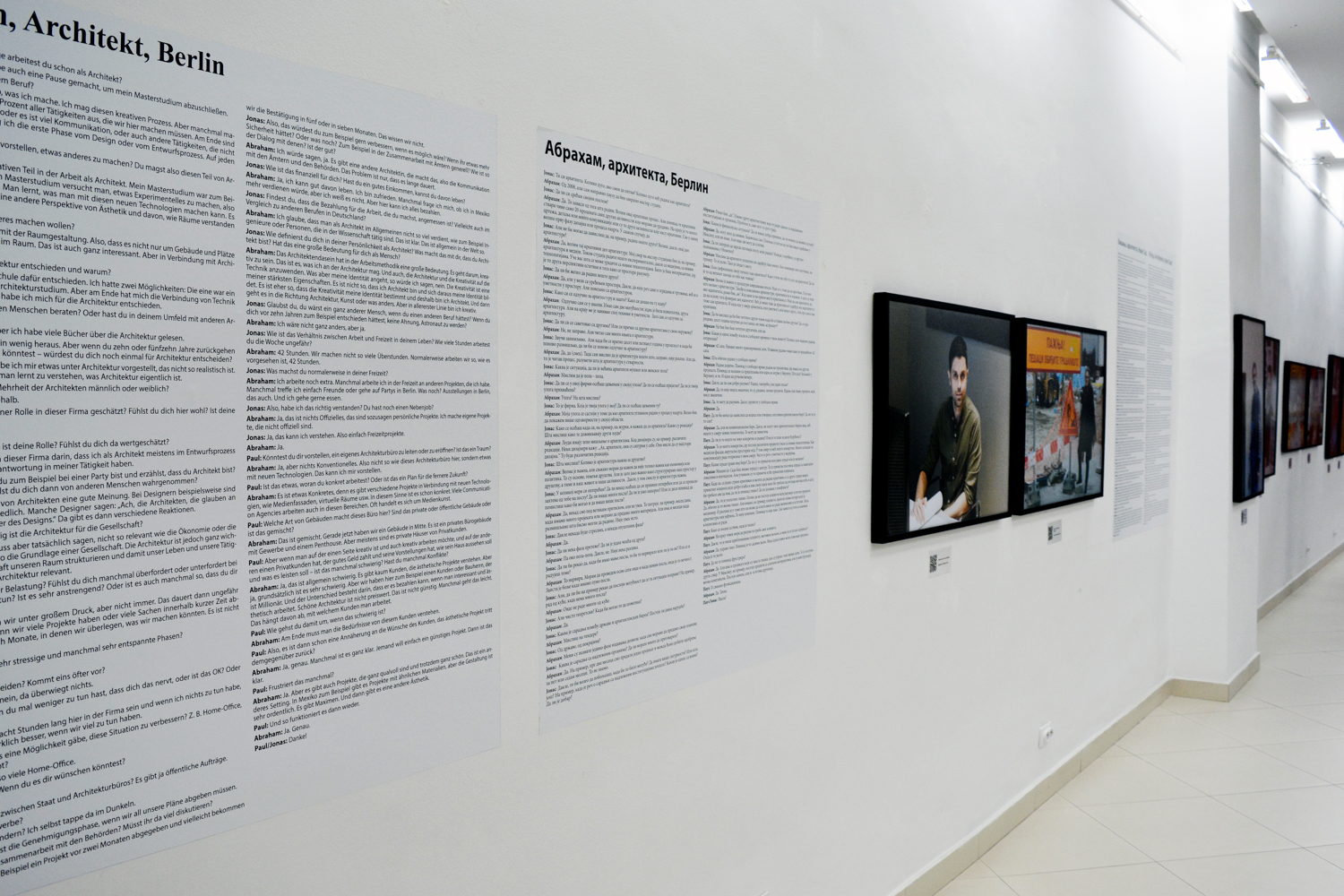 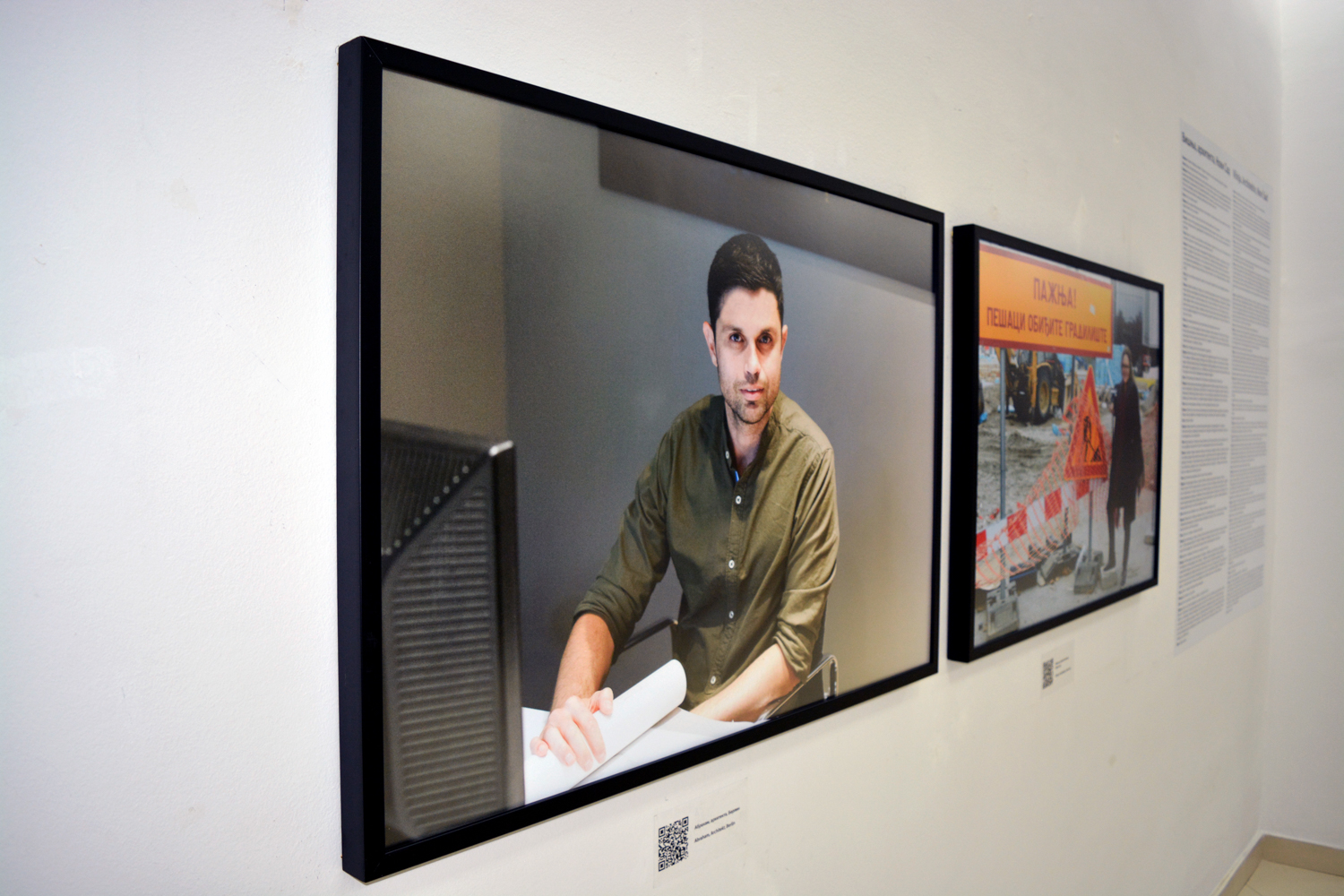 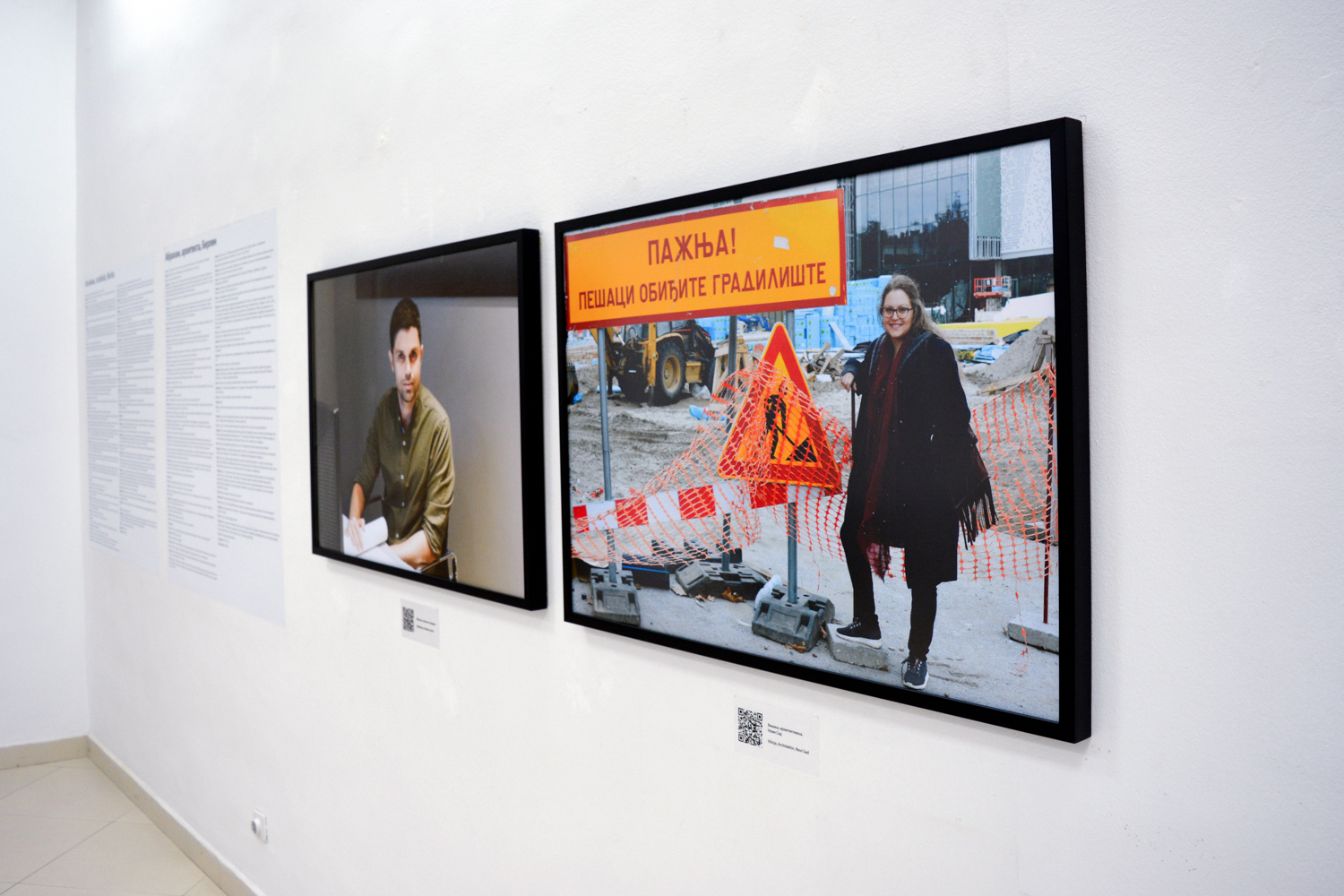 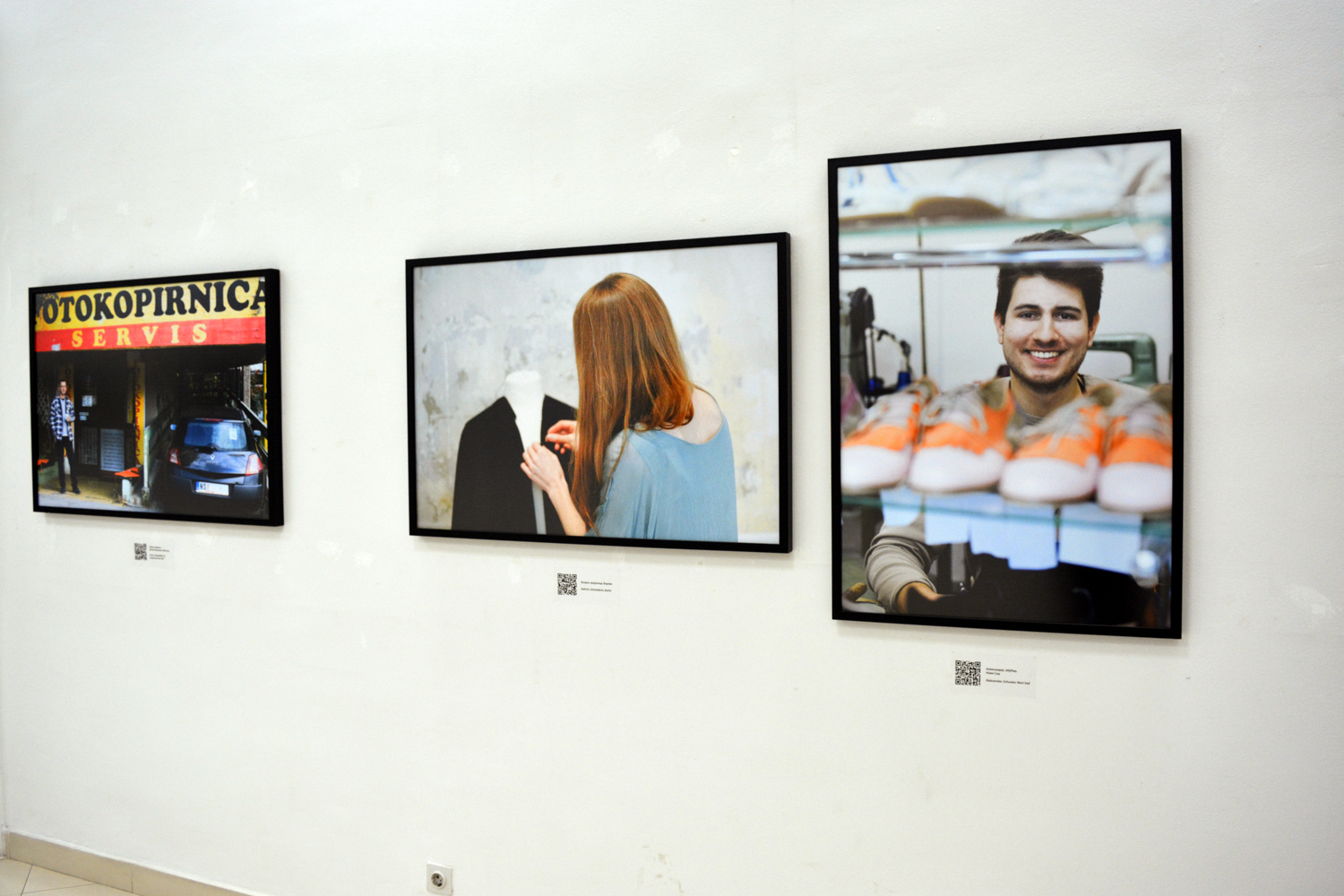 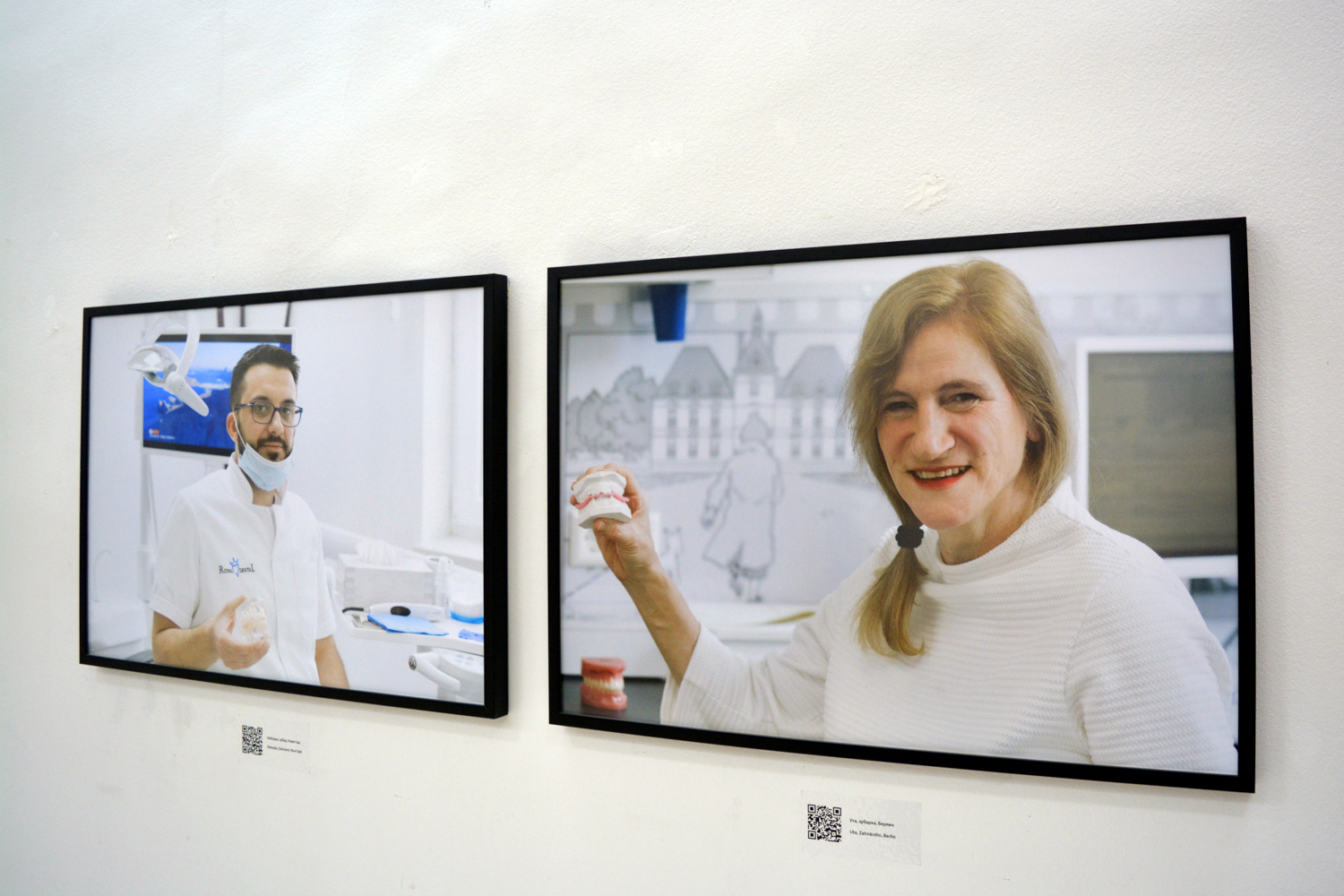 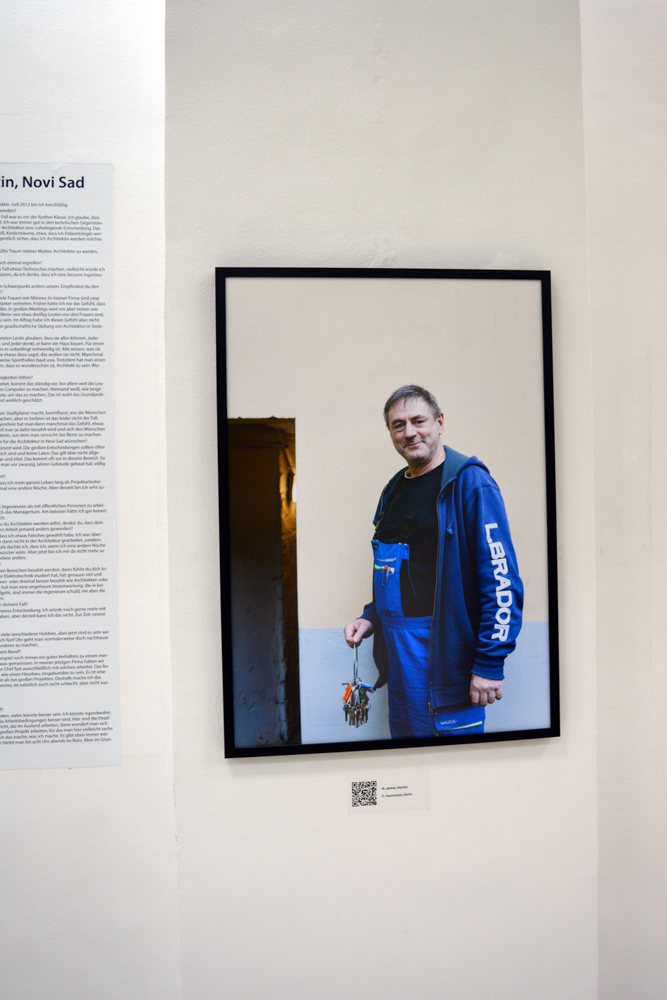 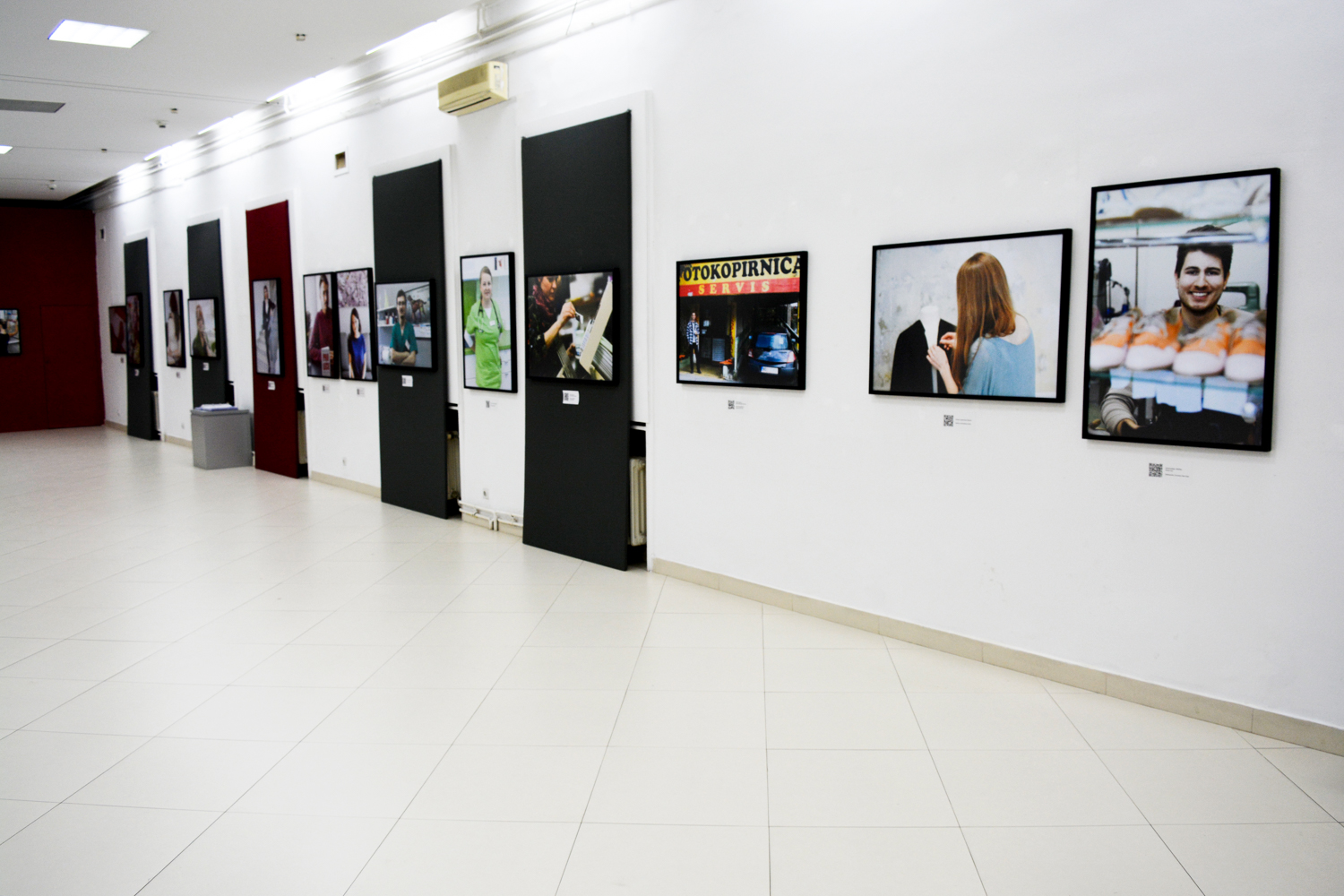 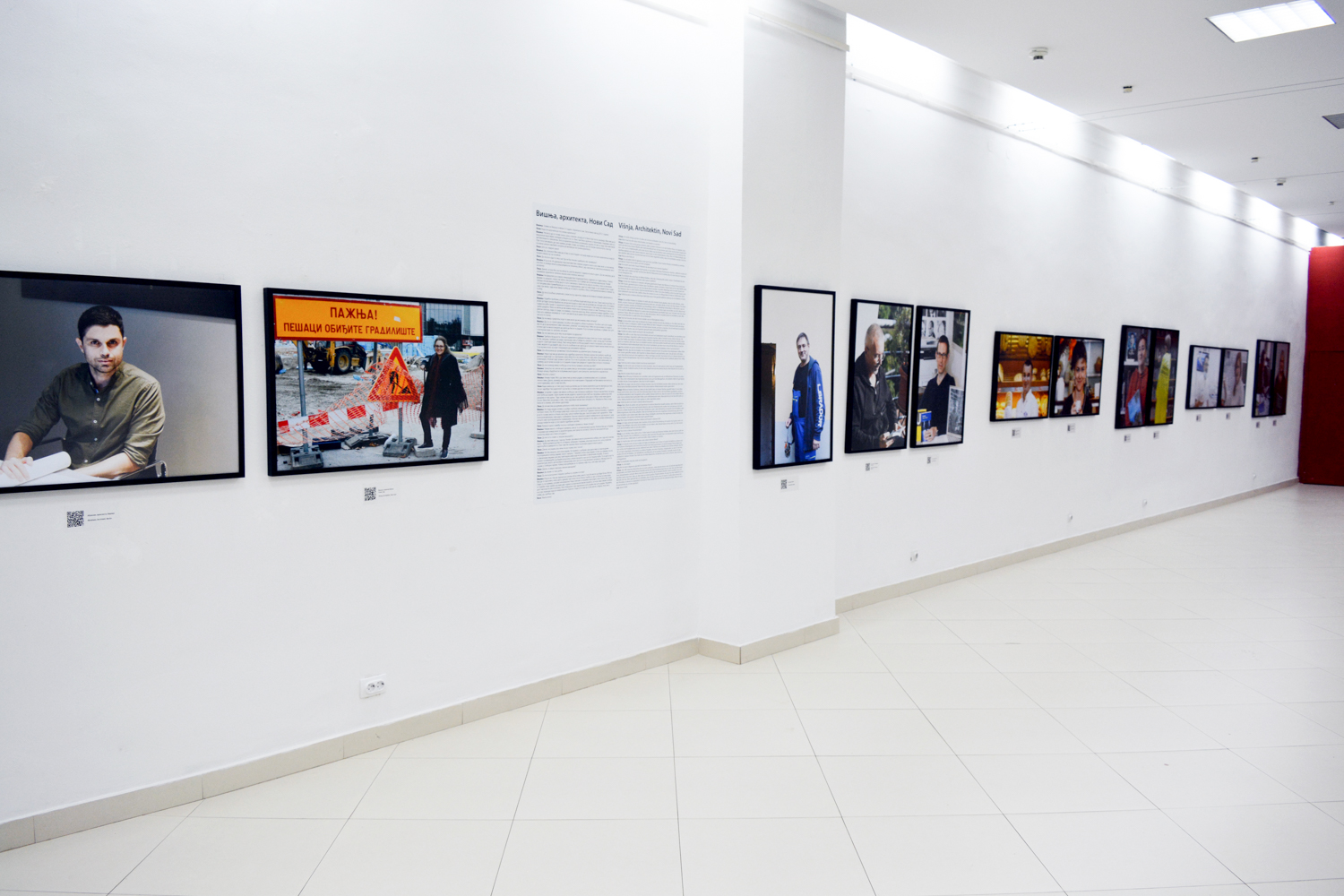 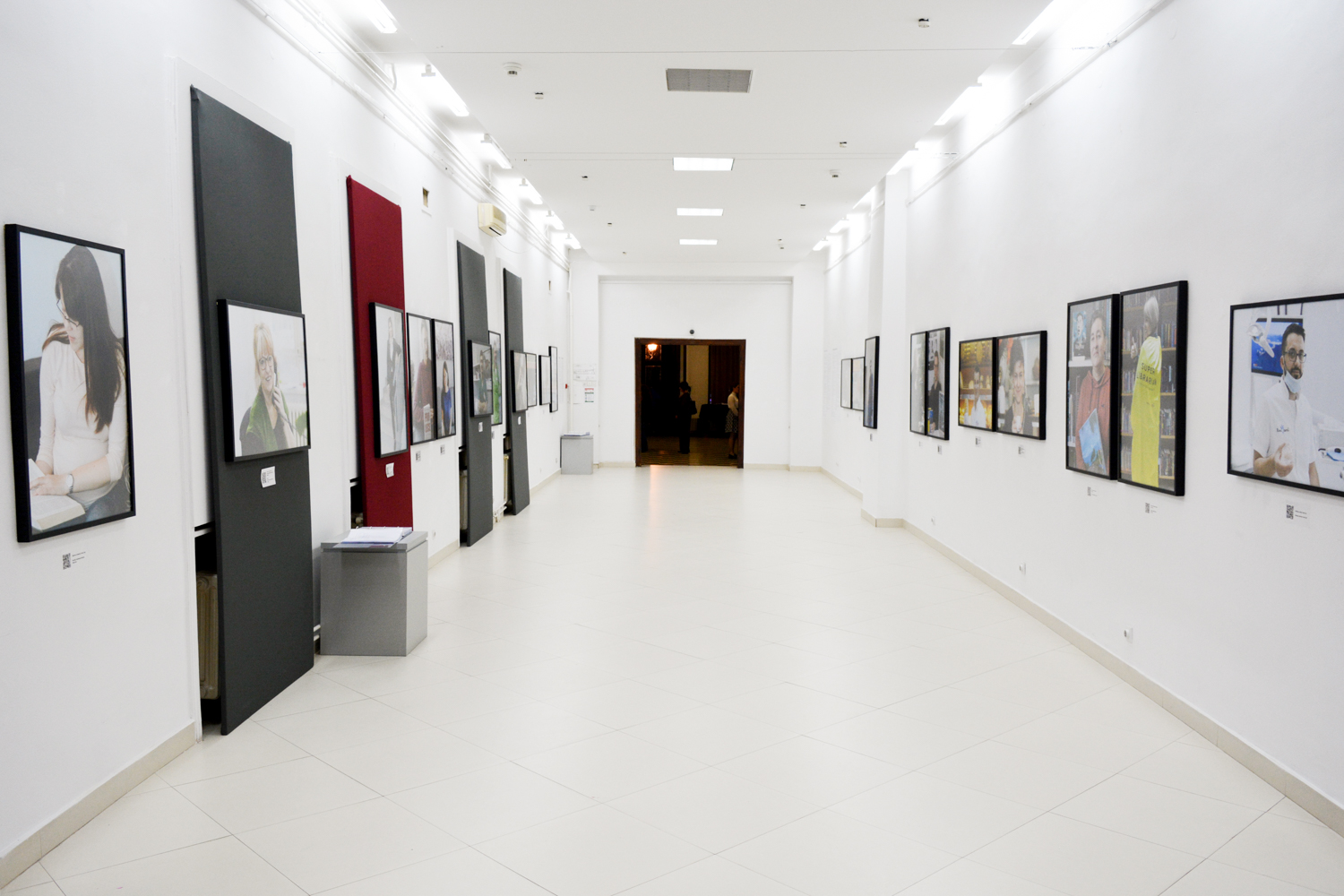 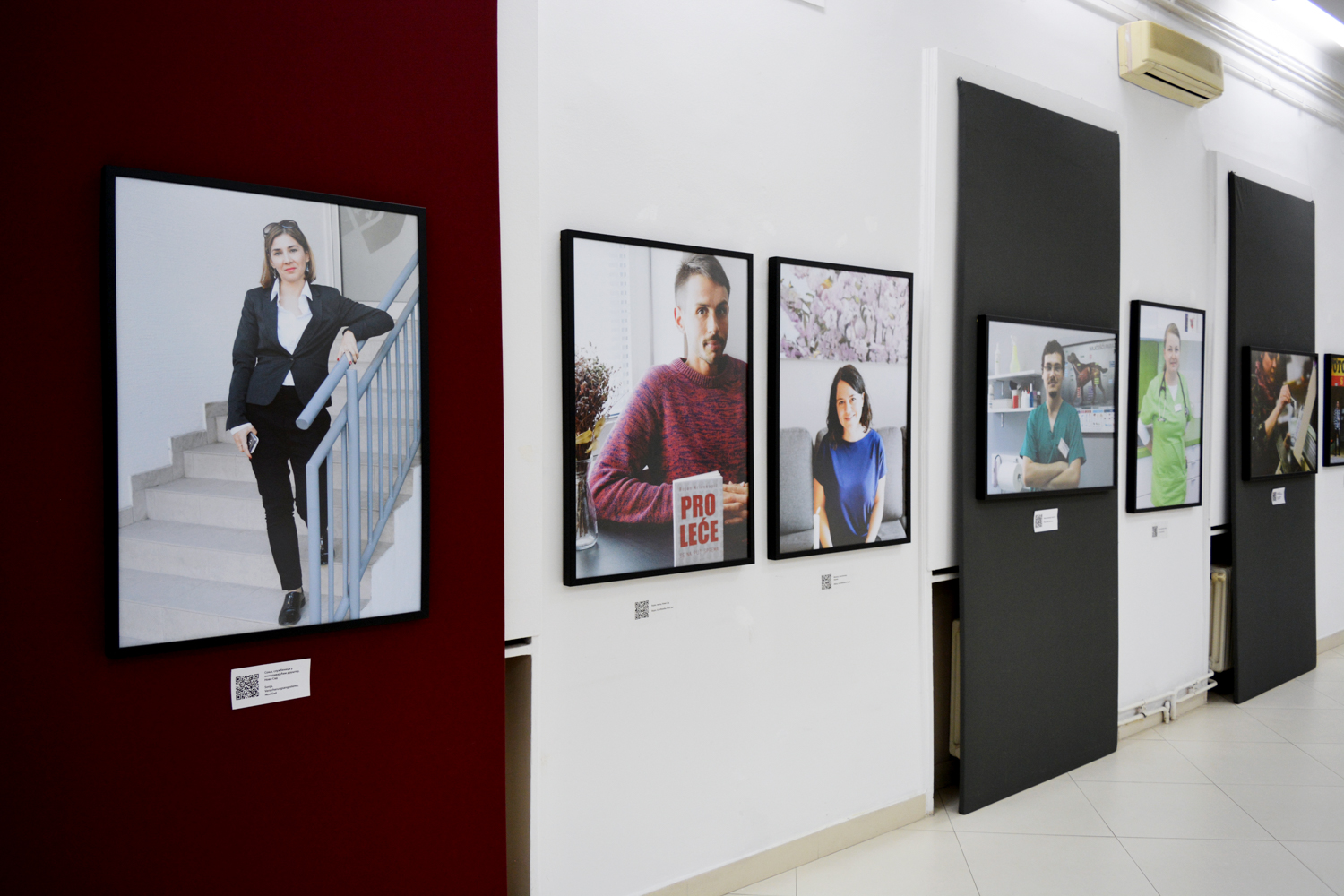 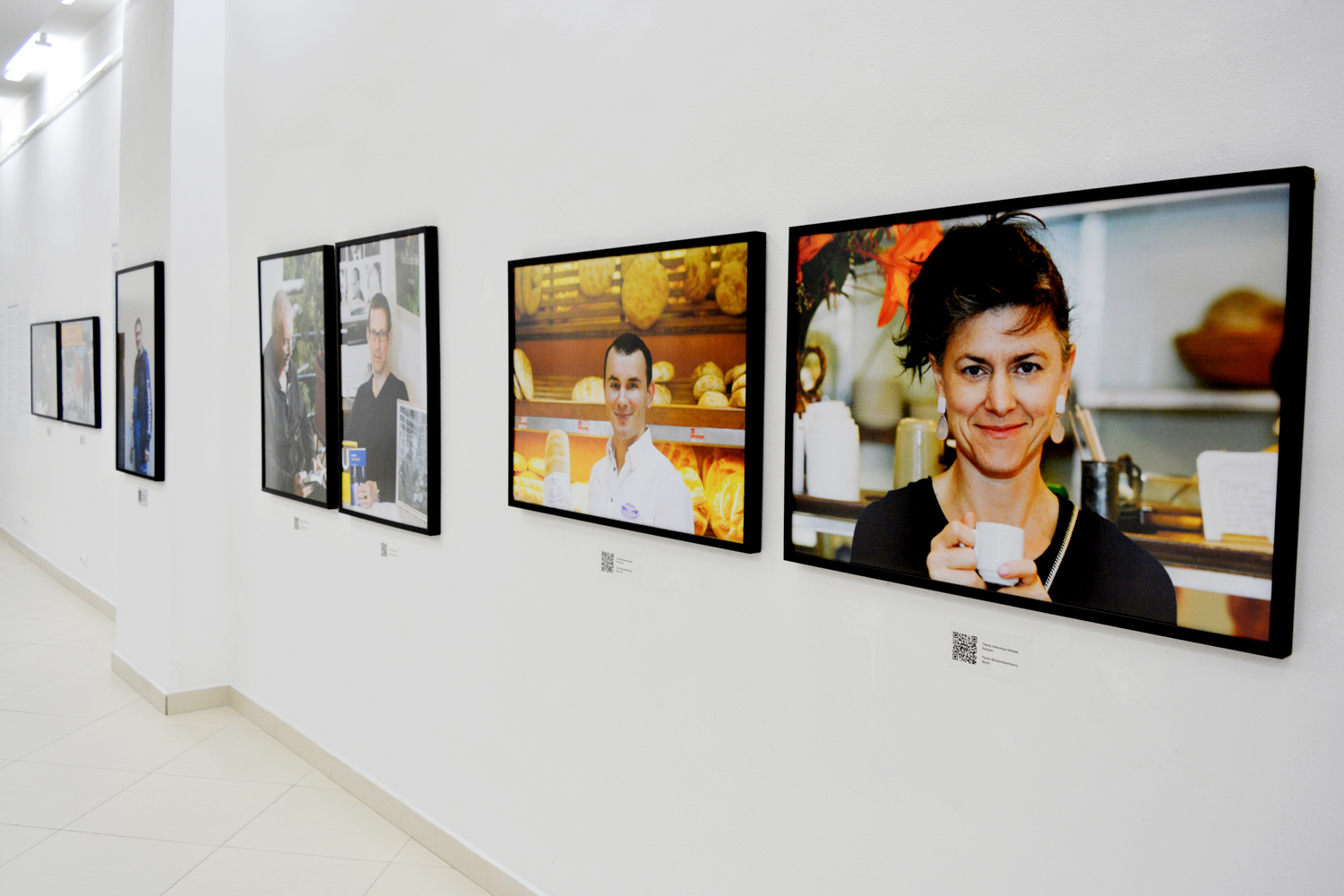 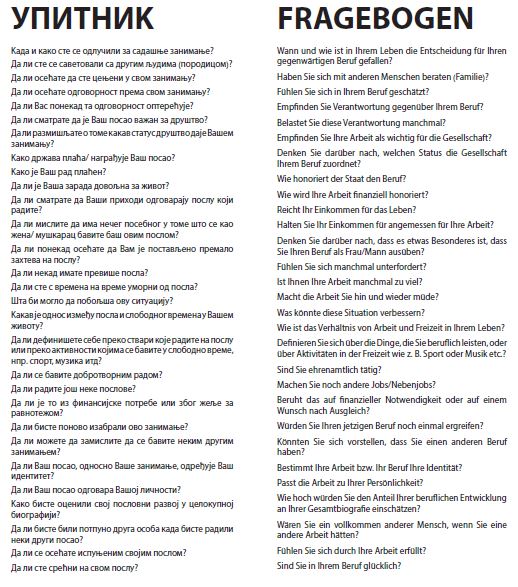